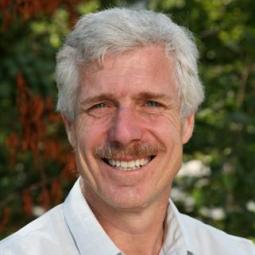 Richard Smith received a BSc and MSc from the University of Adelaide, Australia and an MSc and PhD from the University of Toronto. In 1989, he worked at Lamontagne Geophysics in Toronto (1989) where he helped develop methods for generating conductivity depth sections from airborne electromagnetic data. In 1990, Richard held an ARC post-doctoral fellowship at Macquarie University in Sydney (1990). From 1990 to 1992, Richard worked as an explorationist at Pasminco Exploration in Melbourne.

In 1993, Richard joined Geoterrex Ltd, an airborne geophysical survey company, later purchased by Fugro. Here he developed methods for processing and interpreting airborne magnetic and electromagnetic data. In May 2009, Richard took up an Industrial Research Chair in Exploration Geophysics at Laurentian University in Sudbury. Dr Smith is a member of the SEG (Chair, Mining and Geothermal committee, 2008-2010), the EAGE, KEGS, the ASEG (Federal Executive, 1992-1993), and the PDAC (conference organizing committee, 2008-2011). He is the recipient of a number of awards for the "best presentation" at conferences and is a co-recipient of the award for the best paper in the journal Geophysics for 1997 and the best paper in Exploration and Mining Geology (2012). In 2009/2010 he was the CSEG Distinguished Lecturer.